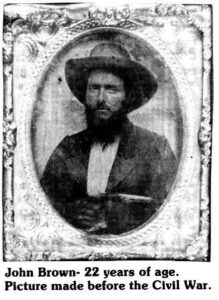 John Brown was born February 22, 1837, at what is known as Old Fort Brown. He died October 2, 1921. He was the son of Reuben Brown and Sarah (Parker) Brown. He was the grandson of Elder Daniel Parker, who established the first protestant church in Texas, of which his mother was a charter member. John Brown was born in what is now Houston County, on the banks of San Pedro Creek, in a fort built of post oak logs. This fort is mentioned in several books, as well as John’s obituary which appeared in the Grapeland Messenger on October 27, 1921. He was born, lived his entire life, died and was buried within one mile. He was a Civil War Veteran. He entered the service on August 9, 1861, and was a member of Hood’s Texas Brigade, 1st Regiment, Company. 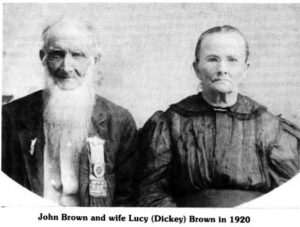