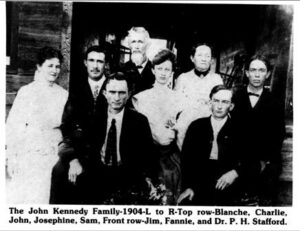 The Kennedy family became a part of Grapeland’s history in the early 1900s. Professor Sam Kennedy taught in the school here in 1903; two of his sisters, Fannie Stafford and Blanche, also taught school here; so did two nieces: Frances Stafford Schultz and Ruth Kennedy. Charles Wall Kennedy and John Chester were engaged in general mercantile business here after moving from Augusta, where they had established “Kennedy Brothers” store several years prior to 1909. The Kennedys are descendents of the first permanent white settler in Houston County. Daniel McLean first came to Houston County in 1812 or 1813 as a member of the Guitierrez-Magee Expedition. He was promised a grant of land for his services, and liking the country in and around Augusta, he applied for the grant there. He established his home in 1821, but because the mail had to be carried by horseback, and the land had to be surveyed by the Mexican Government, the grant was not forthcoming until 1835. Two years later, May 10, 1837, he died at the hands of Kickapoo Indians. After moving to Grapeland in January, 1909, Kennedy Brothers store on the corner of Main Street served this community well until 1978. These two brothers were instrumental in organizing the Grapeland State Bank (formerly known as the Guaranty State Bank). C. W. Kennedy Sr. was president of this bank from 1913 until 1952. Emory Long served as president from 1952 until 1958. C.W. Kennedy Jr. followed as president from 1958 until 1975 when he retired, and then Sam (son of John and Bess Kennedy) became president. J. C. (Chester) Kennedy served the town as mayor from 1930 until 1944. Charlie Kennedy was president of the Grapeland School Board for many years and as such signed the high school diploma of each of his children. He also was a member of the official board of the Methodist Church, as well as a trustee for many years. He was a thirty-second degree mason and a Past Master of the Grapeland Masonic Lodge No. 173. James McLean Kennedy died in Augusta on October 4, 1909, and his wife with three boys to rear moved to Grapeland. After several years as a school teacher, Blanche became a clerk at Kennedy’s Dry Goods store until her retirement. 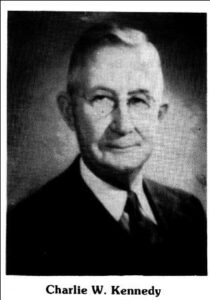 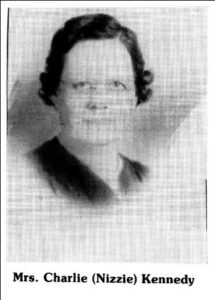 Dr. Sam Kennedy received his medical degree and returned to Grapeland to practice medicine. He gave Houston County more than 50 years of service as “Dr. Sam”. John W. Kennedy, Sr. was manager of Kennedy Bros. store form 1958 until 1978. Dawson Schultz was also an employee. This store was in continuous operation on its original site and under the ownership of the same family from 1909 until 1978. John W. Kennedy Jr. served this community as a dentist from the mid-1950s until December, 1986. The building was formerly built and occupied by his uncle, Malcolm G. Kennedy; DDS (“Dr. Mal”) C. W. Kennedy Jr. was a lawyer in Crockett from 1931 until 1958. He was then president of the Grapeland State Bank until his retirement in 1975. He was followed by Sam (son of John Kennedy Sr.) who is currently the president. James Kennedy (twin brother of Sam) is a construction engineer employed by Tenneco, and is now located in Houston. J. C. Kennedy, M. D. is a well recognized surgeon in Houston. Yes, the Kennedys have served in the U.S. Army: Sam Kennedy, M.D. – World War I; C. W. Kennedy Jr., Jim Kennedy, M. D. Kennedy, John Kennedy Jr., Sam Kennedy, and James Kennedy – World War II; Chuck Kennedy in the Vietnam War as a “Green Beret”. 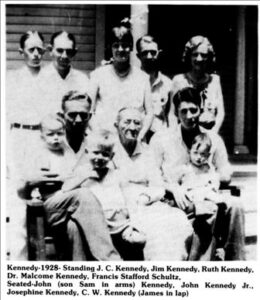 FIRST GENERATION The first permanent white settler in Houston County, Daniel McLean, was born in 1784 in Moore County, North Carolina, and came to Houston County, Texas from Tennessee in 1812 of 1813 as a member of the Guitierrez- Magee Expedition. He returned to Texas in 1821 with Austin’s Colony. His wife, Hannah (sister of John Sheridan) was born in 1798. SECOND GENERATION Daniel and Hannah McLean’s daughter Eliza was born in 1826 and married C. L. Wall. THIRD GENERATION To C. L. and Eliza Wall were born three children: Josephine (Jo) born October 23, 1845; Wm. H. (Billy) born 1850; Fannie born in 1853. Josephine Wall married John Kennedy. 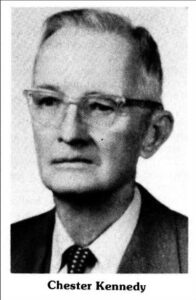 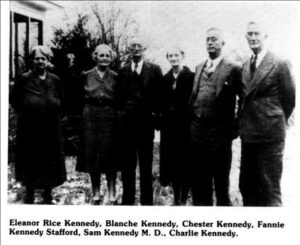 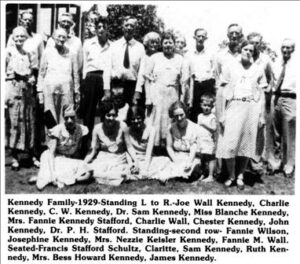